A Brief History of Hypnosis

A Brief History of Hypnosis

"You are feeling sleepy, very, very sleepy" is the catch-line many people associate with hypnosis and the stage hypnotist. The watch swinging showman with hypnotic eyes that could pierce a stone.

The above statement is probably the most common perception people have about hypnosis/hypnotherapy.

It is undoubtedly a mythical one, and I have spent a lot of time over the last 35 years trying to dispel this myth. 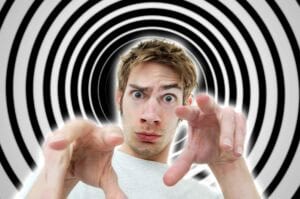 Hypnosis is associated with stage shows and the mysterious. It is for that very reason I had this website designed to set the record straight.

As you browse through my web site, you will see the benefits achieved by using my Fast Track techniques.

People assume they are forced into something against their will while under Hypnosis.

If it were the case, you would find me, not in my office, but down at the bank manager, swinging a little watch at him and telling him to forget about my overdraft. Plus we would all be hypnotists doing precisely the same!"

Stage Hypnotists give the impression they are controlling a person's mind. No one can be hypnotised against their will, or forced to do something objectionable.

When used in therapy, it helps to give people more control over their lives- not less!

Another myth is a person might be unable to ever come out of Hypnosis.

If that were the case, there would be millions of bodies lying in a trance all over the world, and we would all read about it!

It's ONLY a state of relaxation with an altered state of awareness.

It means that people are not treated with Hypnosis but treated IN it.

The subconscious mind can then accept positive suggestions helping to alter past behavioural problems.

The Origin of Hypnosis / Hypnotherapy 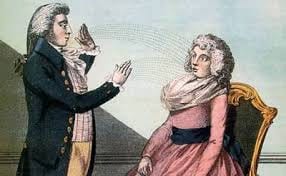 Franz Anton Mesmer was a German doctor with interest in astronomy.

He believed in the existence of natural energy occurring between animated and inanimate objects. He called this process called "animal magnetism" later referred to as mesmerism.

It attracted a wide following and continued to have some influence until the end of the 19th century.

In 1843 the Scottish doctor James Braid proposed the term "hypnosis" for a technique derived from animal magnetism.

In the 18th century James Braid a Scottish surgeon, sometimes called the "Father of Hypnosis" coined the word HYPNOSIS. He named it after the Greek god HYPNOS, meaning sleep. 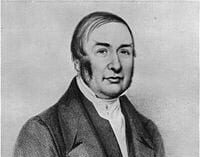 Having investigated "mesmerism", and subsequently trying to expose it as a fake, he soon discovered that it was not a state of sleep.

Consequently, he realised that it was a state of focusing and heightened awareness and tried (unsuccessfully) to change the word from Hypnosis to Monoideism, but the word Hypnosis had already caught on.

Throughout his career, he continued to use it for pain relief during surgery and also self-hypnosis to ease his arthritic pain.

As his treatments began to receive severe recognition and explained more logically, it gained acceptance and not looked upon as bizarre.

However, many people still find the word 'trance' scary, and consider that only weak-willed people can 'go under or put out'.

(There are so many misconceptions and sensational stories about what Hypnosis is).
It is not the case; the more intelligent and creative a person is, the easier it is for them to enter Hypnosis.

It is common for people who go into Hypnosis to argue that they were not hypnotised at all, as they put it "I didn't go out".

A person entering the state of Hypnosis feels total relaxation, and upon leaving this natural state, they are wonderfully calm, extremely relaxed.

As a consequence, they are never sceptical or nervous about Hypnosis again. 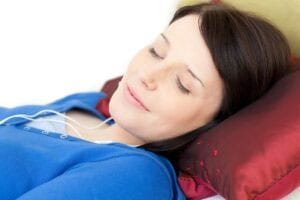 Thank you for your help during the past while. It is like a new start for me. With your help, I have lost weight and kept it off over Christmas with no problem. My confidence and self-esteem are improving beyond anything I could have wished for. At long last, I am in control of my life and dare to do what I want.

Some months ago I came to see you about a blushing problem. I noticed a difference from day one in my confidence and how relaxed I was. I once dreaded going out of the house. As a result I now I love to take part in everything. My family say they will have to send me back to you to shut me up - cause I do nothing but talk now!