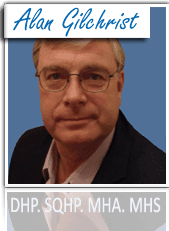 Hypnosis and Belfast Hypnotherapy Centre - A part of my Life!

I commenced in practice over 35 years ago in Belfast at my Hypnotherapy Centre However, I never dreamed I would also have clinics in Spain, on the Costa Blanca, and throughout Europe as well.

People would very often ask me why my style of Hypnosis / Hypnotherapy is different from the conventional way.

It all stems back to my early years as a Hypnotherapist in Belfast in the early '80s.

Back then, Hypnotherapy was a new Alternative treatment, and many people viewed it with scepticism.

Having trained as a  conventional Hypnotherapist, I then opened a small office in Belfast.

One of the Sunday newspapers did a feature on me about Hypnotherapy in Belfast. Consequently, word started to get around there was this guy who helped sort people out with their problems.

It just started to grow from there. I saw the employed, unemployed, multi-millionaires, TV, Radio and sports personalities. In fact people from every walk of life (to date I have seen well over 75,000 + people).

In a short space of time, I had 7 Hypnosis Clinics in Northern Ireland and working seven days a week flat out.

People were coming to see me for various reasons and problems. The common ones were the Stop Smoking or to Lose Weight sessions plus anxiety.

However, in Northern Ireland, Hypnotherapy was utterly different from Mainland UK due to the many victims of the troubles.

In those early years, counselling was minimal, so I had to help thousands of people caught up in the conflict.

These included rescue service personnel who had to go into the aftermath of bombings. As well as the people caught up in bombings themselves.

Over the years I heard some horrific stories of shootings, and bomb scares, armed robberies, the list is endless.

For example, a woman who came to me with chronic insomnia. She woke up one night in bed, and there were four gunmen standing around her.

Or the survivor from the Kegworth air disaster who needed to overcome their fear of flying.

There were countless more stories like these, and I am sure no other Hypnotherapist in Belfast or Northern Ireland ever had to do what I had to!

Sadly, I am still getting these types of people coming now to my Northern Ireland Hypnotherapy clinics.

It was because of this that I came away from my conventional training.  Whereby people would typically be regressed into their childhood to try to recall the originating cause of their panic attacks, or other problems.

This could take up to 15 sessions to achieve when clearly it wasn't in their childhood at all. It had happened right then!

These people had suffered enough and just wanted it sorted out as quickly as possible and get on with their lives.

And that is precisely what I did!

I came away from conventional Hypnotherapy and developed my own techniques. Introducing specialized equipment from America to speed the whole process up, plus cutting everything down to the fastest way possible.

All this without losing any effectiveness to get these people sorted out.

Having developed these techniques, I then called it " Fast Track Hypnosis" because that's what it was FAST! and I have been using this method ever since.

Subsequently, I developed my own Fast Track Stop Smoking Hypnosis and Weight Control Hypnosis sessions ( and the latest is the Gastric Band Hypnosis).

I dispensed with the unnecessary parts of a traditional session. I don't waste part of a session telling the person all about the health risks associated with smoking - everybody already knows that!.

It's straight into the session, thereby saving the client time and money.

When I started doing these new techniques, the media (TV, newspapers, and radio) wanted to know if it really did work, so they started putting me to the test.

As a consequence, I proved my "Fast Track Stop Smoking in 30 minutes" twice on TV.

On another program, I had to help a psychologist get over her agoraphobia. This was achieved in 4 sessions.

Another occasion, a program featured me helping a company director overcome their fear of flying. Afterwards, the cameraman who was in the studio filming it came along to get over his flying phobia as well!

Yet another program showed me helping a young boy of ten years of age, who was having panic attacks. (He did not want to go to school because of these attacks, and tried to throw himself out of a car at 40 mph).

Again all these problems were resolved in a concise space of time (only four sessions were required). Over the years there were many other tests!

I have received many reviews from people whom I have helped, and you can read some of them here on my web site.

There is a great deal of satisfaction in my job. People would also ask me if I ever use Hypnosis for myself. Of course, I do, and have done so throughout my long career!

I have seen Hypnotherapists advertising Hypnosis as an entirely new way of helping women when giving birth to their babies.  Wrong!

My three children were all born under Hypnosis, and my eldest is now 30 years of age! - It was used on my wife for each one of them. No pain relief was needed.

All my equipment was taken to the hospital and used there. Plus a crowd of doctors and nurses watching everything I did!.

It was also used for the children's exams and accelerated learning, and when they were getting their vaccinations.

Our family doctor thought it was hilarious that the kids would be standing laughing as he gave them their injections.

I had to show numerous medical students with this very quick technique.

My children were also into Horse riding. With the use of Hypnosis for sports motivation and also confidence, each one of them attained the status of Champion Riders of the Year!

And me, I would use Autohypnosis to chill out between sessions!

If you want to do just that simply click onto the link on the home page and listen to a complete relaxation session free of charge.

Alan has enabled me to live like any other young person and enjoy my life, I will be forever grateful. You might sit in the waiting room looking at letters of thanks and think they are exaggerated, on your second visit they become symbols of hope. Best thing I have ever done. Susan

Hi Alan, Just to let you know my speech went very well on Saturday with everyone commenting on how good it was. I felt a bit nervous waiting for my turn to speak but as soon as I stood up the nerves vanished. Thanks for all your help and expertise! Gerard................