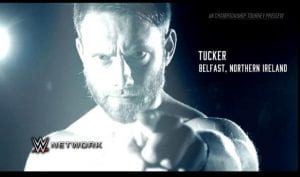 Hey, Alan,  a month and a half ago I came to you for  Confidence.

I just wanted to say thank you the tryout went great I ended up wrestling last weekend live on the WWE network.

I found my way back to the ring and in line for a try out for the WWE.

I lacked confidence post-injury and found myself questioning my abilities although after a session with Alan I knew I could do this!

A month later post try out I went on to wrestle for the WWE in the WWE UK Championship tournament not to mention being voted match of the night on the WWE network.

I was also on ITV News

WWE is an American publicly-traded, privately-controlled television entertainment company dealing primarily in live events, with major revenue sources also coming from film, music, product licensing, and direct product sales.
Founded by Jess McMahon and Toots Mondt in 1952, it is currently reaches 13 million viewers in the United States and broadcasts its shows to more than 150 countries

We use cookies to ensure that we give you the best experience on our website. If you continue to use this site we will assume that you are happy with it.Ok