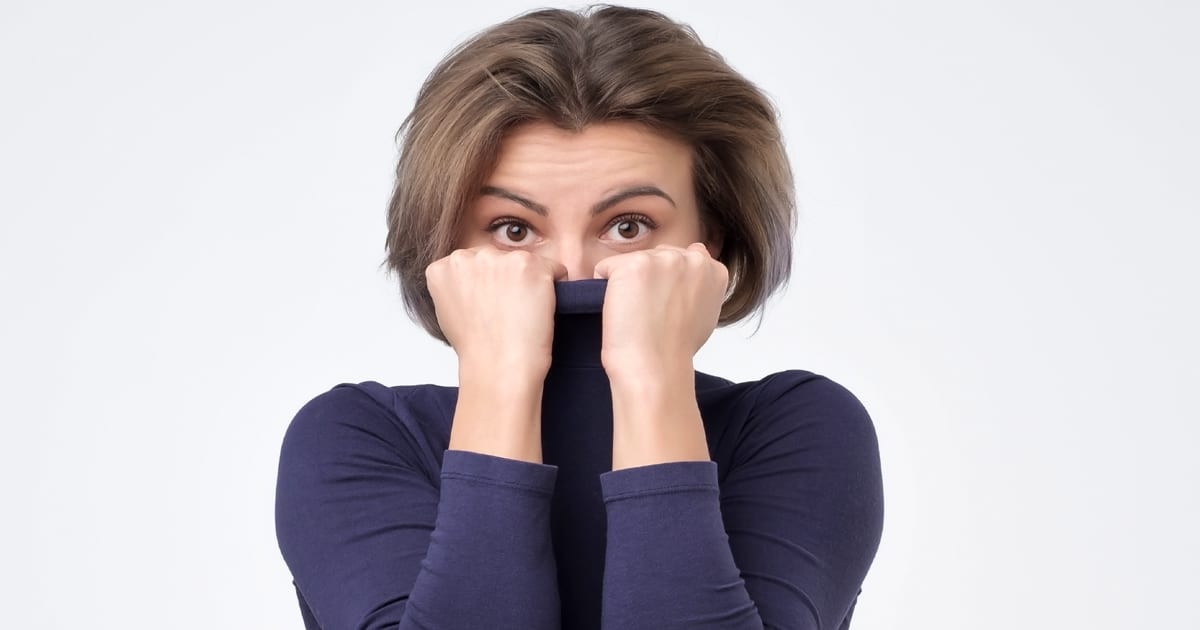 The fear of blushing is called Ereuthrophobia. It usually goes hand in hand with the phobia of being stared at, Scopophobia, which in turns encompasses the feeling of social disgrace. The person fears making a fool of themselves and going red in front of other people.

Blushers are usually tense and nervous in situations with other people. Once they feel themselves starting to blush, they begin to panic, which increases the blushing even more! They can and do go to extreme lengths to try to cover up this devastating phobia. Men who suffer from it can grow a beard to disguise it. Women can’t do this, so they resort to other methods. They may overcompensate with makeup or sit under sun lamps to have a permanent tan. They try anything simply to disguise the fact that they feel people can see them blushing (in fact it is rarely noticed).

Other methods some people may use include:

Strangely, blushing always appears on the parts of the body that other people can see, i.e., the face and the neck and not on the unseen parts!

Throughout the years, I have successfully treated thousands of people with this crippling phobia of Blushing. I have heard so many sad stories about how blushing has affected a person’s life. People have cancelled their wedding, left their job, or even their partner because of it. Some have also moved abroad to have a permanent suntan, but the “burning feeling” that comes with the blushing remains.

If you are a blusher, then providing there are no medical reasons* for your condition, then hypnosis is an ideal way to help you to overcome it and gain confidence.

My sessions are designed to instill confidence, general well-being and overcome nervousness and blushing. You are also provided with CDs or Downloads and taught autohypnosis. This is so that you can use it in any new situation that you may encounter.

The result of all this is, although there may still be occasions whenever you do blush, such as if you were to trip over something, or someone tells you a rude joke. That is acceptable, but what is not acceptable is when the person is always thinking, and being controlled by it 24 hours per day, every day of your life.

The process usually takes approximately four sessions depending on the response and commitment from you. As opposed to more extended methods used by psychologists, conventional Hypnotherapists (up to 15 sessions), etc.

For an appointment or free of charge initial consultation, contact
Alan Gilchrist on 02890 333303 or visit www.alangilchrist.com